Center on Alcohol Marketing and Youth

Visit us on social media.

Harms to Others from Drinking Among College Students 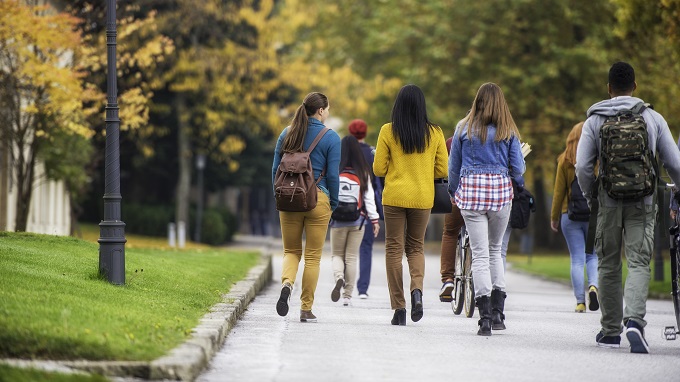 Young people ages 18-24 years suffer more harm from alcohol than other age groups. This is a concern not only because young drinkers cause harm to themselves, but also because the people around them suffer harms from their drinking. Harms to others from drinking have not been investigated in as much detail as harms to drinkers, but the little evidence that exists suggests college students are more likely than older people to experience harms from others’ drinking. College students have an increased chance of inflicting harms on other young people around them because they have higher rates of heavy drinking than similar young people and often live and work in close environments. Despite the risks, we do not have reliable quantitative estimates of the range, magnitude, and correlates of harm from others’ drinking in this population; we also do not know the relationship between risk of harms from others drinking and a range of other risk or protective factors, such as demographics and participation in athletics or the Greek system, or college or state-level alcohol policies. Better understanding of these relationships will help NIAAA in its mission to implement evidence-based interventions to counter physical, behavioral, and social harms from underage and excessive drinking.

The broad objective of our proposed research is to advance knowledge on the risk factors, range, magnitude, and consequences of harms to others to a level where it can be used to support existing evidence- based policies and programs to reduce alcohol-related harm to young people. The specific aims are 1) to explore the range and magnitude of harms experienced by college students as a result of others’ drinking, including the prevalence and severity of harm as well as educational outcomes, 2) to identify risk and protective factors associated with college students’ experience of harm from others’ drinking; and 3) to test whether and how college and state-level alcohol policies moderate the relationship between exposure to heavy drinkers and experience of harms from others’ drinking among college students.

We will achieve these aims by conducting a representative online survey of college students in the United States and by collecting campus alcohol policies and utilizing existing scoring of state-level alcohol policies. The multi-stage sampling design will avoid selection biases introduced by address-based and random digit dialing with young populations while establishing credibility. The use of standardized measures of health status, wellbeing, and quality of life enable comparison with other health impacts in order to assist in targeting interventions to address the greatest harms. Our team brings domestic and international expertise on alcohol’s harms to others, college alcohol surveys, survey methods and policy scoring to ensure this project’s success.

Comprehensive information on college students’ harms to others from drinking will fill a critical gap in knowledge about how best to target policies and interventions to reduce harm.